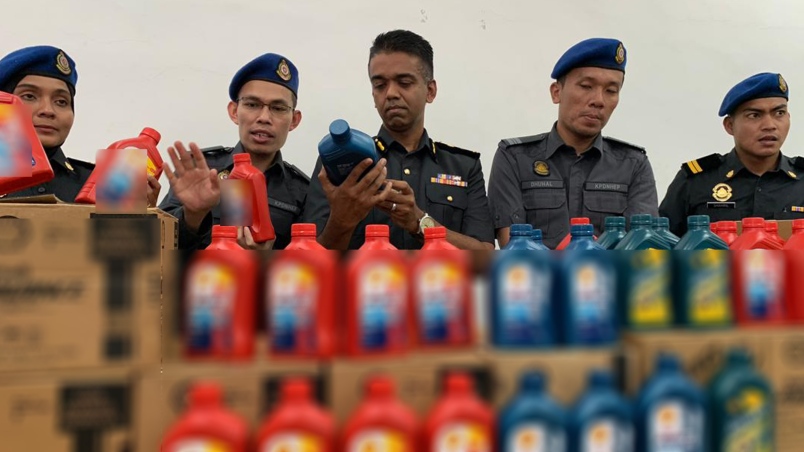 KULAI: Johor Domestic Trade and Consumer Affairs Ministry (KPDNHEP) has seized fake engine oil worth RM45,692 in an operation at a premises here.

Its enforcement chief Zubit Hamza said the operation was conducted by seven enforcement officers at a premises that supplies engine oil in Senai following a complaint by the oil’s trademark owner and investigations.

He said the items were being sold at a cheaper price of about RM10 per bottle.

Zubir said statements were taken from six workers at the premises, including its manager to assist in investigations.

“We will continue carrying out such operations and conduct checks on premises that are suspected of supplying or selling fake engine oil in an effort to protect consumers rights as well as protect the property of companies.

“Business owners involved in such activities will face legal action,” he said.

He said the items were seized under Section 8(2)(c) of the Trade Description Act 2011, which carries a penalty of RM10,000 for each item falsified or a three-year jail sentence or both for the first offence.

Back to News & Events